WILMINGTON, NC (WECT) – It’s back to school for thousands of children in our area. This is the first year we’re starting to see the results of the state’s move to allow more charter schools. There are dozens of new charters across the state, including 5 in our area.

The number of local parents choosing to send their children to charter schools is having a measurable impact on enrollment at traditional schools.

Douglass Academy in downtown Wilmington will open its doors for the first time Tuesday to students in grades K-2. As of last week, Headmaster Barbra Jones said they’d filled 57 of their 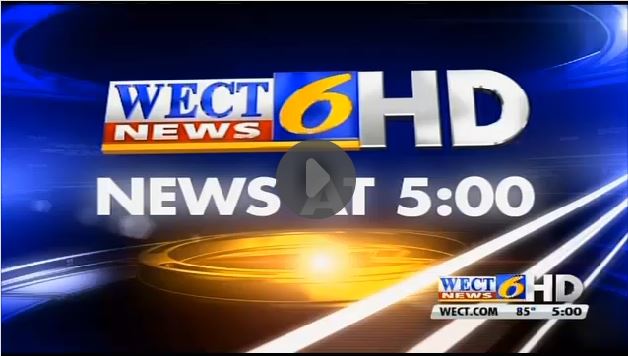 75 spots. She said they are still accepting students. “The main thing is to get the word out, that parents know it’s a tuition free school.”

It can be challenging for new charter schools to fill all seats their first year, since many parents wait to see if a school is successful before enrolling their children. Parents tell us the fact that Douglass is being run by Roger Bacon Academy – a charter school organization with a proven track record – gives them confidence.

“They are known in the community for their excellence and for their teaching ability, and for their one on one teaching instruction, and their teachers are always very well qualified,” said parent Melissa Gott of her decision to send her daughter to kindergarten at Douglass Academy.

Island Montessori School, the new charter school near Carolina Beach has 142 of its 144 spots filled. Cape Fear Center for Inquiry, established in 2000, has a steady enrollment of 372 charter students. Wilmington Preparatory Academy has 132 students, with some spots still available in all classes except 1st and 5th grade.

In Columbus County, the new Flemington Academy has 65 students enrolled so far. The SEGS Academy in Delco has enrolled 102 students. Columbus Charter School in Whiteville isn’t new, but has added 100 students since last year, bringing its total enrollment to 841.

In neighboring Bladen County, the Paul R. Brown Leadership Academy has enrolled 75 students so far in its military-style school.

Traditional public schools tell us the growth of charter schools appears to be impacting their enrollment.

At last check, Bladen County Schools had 4810 students enrolled, down 175 students from last year. Once enrollment is complete, they were expecting their numbers to be flat or slightly down compared to last year.

On Friday, New Hanover County Schools reported their current enrollment at 25,584, which was 236 students below projections.

Columbus County Schools reported enrollment of 5,603 on the first day of school, down about 200 from the end of last school year. Brunswick County Schools were projecting an opening enrollment of 12,481, which is up by about 80 students compared to last year, and is consistent with annual growth rates in that county school system.

All of these numbers are subject to change, as many students don’t register until the first day of school.

But these enrollment numbers are extremely important for school districts’ bottom lines, because they determine how much tax money each district gets.